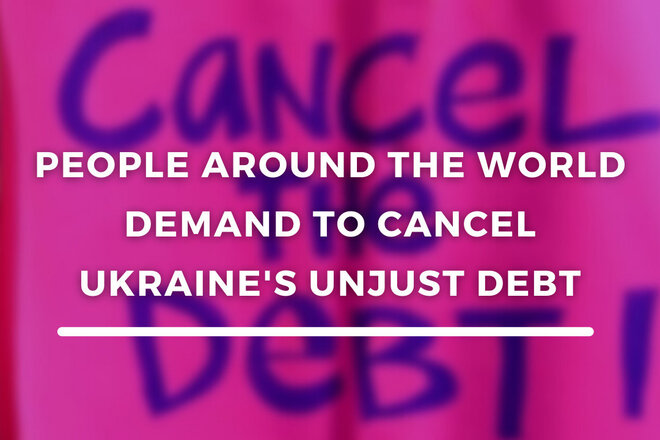 On February 24, Russia launched a full-scale war with Ukraine

Ukraine’s independence is under a threat as a result of a full scale Russian invasion into our country’s territory.

The state cannot afford its debt repayments any longer as Ukraine’s economy is destabilised as a result of the military campaign, increased spending on the military and having to deal with the consequences of war.

Presently Ukrainians are in the epicentre of war, unable to work and earn, we are losing our homes, economy, and property. Moreover, military occupation campaign of the Russian Federation is destroying sites and enterprises of strategic and critical infrastructure, transportation arteries and the economic potential of our country as all possible resources are mobilised to support the campaign of military defence.

Presently Ukraine’s foreign debt stands at $125 billion. The debt servicing expenditure for 2022 is expected to be circa $6.2 billion. That is approximately 12% of all state state budgetary expenditure

The IMF component of the above sum is $2.7 billion. That is equivalent to 16.5 million average pension payments in Ukraine.

On behalf of all Ukrainians we demand (1) the cancellation of the debt - that is now choking our state - and (2) that we are provided with multifaceted financial aid.

We demand Ukraine is freed from the debt yoke!

Why is the debt unfair?

Ukraine remains one of the poorest countries in Europe which now also is forced to defend itself against the aggression and the military offensive of Russia’s army - the second largest army in the world. Budgetary expenditure on arms and medical needs of the wounded have grown exponentially. In the aftermath of the war Ukraine will also need money to reconstruct its homes and infrastructure.

In such conditions, debt servicing is only possible if Ukraine is to deny its citizens satisfaction of their most urgent needs.

Chaotic borrowing and antisocial debt conditionality was a result of total oligarchisation: unwilling to fight the wealthy, the state rulers kept getting deeper in debt. Loans were issued under conditions of social spending cuts, and their repayment forced to economise on vital needs and apply austerity to foundational economy sectors.

Due to the lack of funds, Ukraine’s hospitals are poorly equipped, medical worker jobs of all ranks are cut and those with remaining jobs are underpaid as are teachers and other public sector workers. For example, many in some mining industry are not paid at all, wages are in arrears.

The largest trade union organisations of the country who represent some 5,000,000 workers too have joined the call for debt cancellation.

Who would benefit from the debt burden cancellation?

Such a move would help the people of Ukraine as due to the military invasion it needs funds to protect its civilians, provide housing for the displaced persons and medication for the wounded.

Such a move would be beneficial to our EU neighbours as it would invigorate economic activity in Ukraine and will thus lower a chance of an ongoing war in Europe and would allow to rebuild Ukraine’s economy and the bomb-annihilated infrastrucure. Welfare of Ukraine is critically important for stability of the whole Europe, the whole world.

What would be consequences of the debt burden cancellation?

We express our gratitude to the Polish party Razem who have already made a suggestion that Ukraine’s debt obligations are taken over by the European Central Bank and other creditors.

Thank you for your support, VIktoriia Pihul from Kiyv,
Question to the initiator
openpetition.eu/!dpsqy

It is absolutely immoral and exploitative to make a victim of an unprovoked Russia's war, which is suffering devastating losses of human life and catastrophic destruction of economy, to pay debt. Demanding that Ukraine pays debt is equal to helping the aggressor to wage its genocidal war on Ukrainian people. Ukraine's creditors must do the right thing and cancel the debt as a way to provide humanitarian support for the country.

There needs to be a cease fire and compromise.Anything to allow this terrible war for all citizens has to stop being supporting to motivate compromise.l 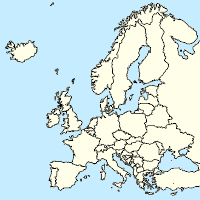 The data refers to 829 statements.