I call on the EU: I will no longer pay for corruption and the destruction of democracy!

[Check out this petition in other languages: www.openpetition.eu/eu4democracy ]

The time of indifference and silence is now over. So-called 'hybrid regimes' have appeared in the European Union, which term refers to the systematic dismantling of the rule of law and democracy.

It is unacceptable that what we European citizens have built up in 70 years is being demolished by some political adventurers for their own petty domestic political and financial gain! I feel that my elected representatives to the EU are not taking strong enough action to stop this process. By signing this petition I wish to put a stop to wasting my money at once.

As a citizen of the European Union, I do not wish to contribute either financially or morally to my taxes being wasted on:

I demand that my elected officials in the European Parliament and Commission take immediate action against corrupt governments and urge that:

By signing this petition I wish to stop governments disregarding European values from exploiting the EU's tolerant, democratic, yet slow and bureaucratic processes. I will not accept to see such practices become standard in the European Union.

For the first time an EU member state is classified as a non-democracy ("hybrid regime"):

The coming weeks and months are going to be decisive because the European Commission and Parliament will determine in what kind of European Union we will live in the future. Is it going to be one that is true to its core values or is it going to keep idly watching authoritarian regimes grow stronger and more dominant? [1, 2, 3]

The 2021-2027 budget debate with Germany as acting president of the Council is going to present challenges as well as opportunities. It could prove to be a great tool to effectively lead some governments exploiting the present system back to the fundamental principles of the European Union, namely the rule of law, civil liberties as well as the fight against corruption, nepotism, and kleptocracy [4]. As European citizens we wish our voice to be heard, and demand concrete actions instead of toothless condemnations and more red tape [5].

The long term success of our European Union depends on whether we are able to change our present practices and preserve its moral and financial foundations. Your signature will help with this!

[1] The first time ever: an EU member state is classified as a non-democracy ("hybrid regime") - Freedom House:

[3] Make no mistake: Poland and Hungary aren’t the only EU states abusing the law - The Guardian

[4] "The European project relies on constant respect of the rule of law."

[5] Judy Asks: Can Europe Save Democracy in Hungary and Poland? - Carnegie Europe: 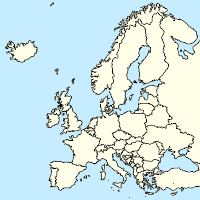