Paros Ancient Quarries: No to the irreverent transaction

The unique ancient quarries of Paros, 3.200 years old, have stood the test of time and the powerful earthquake of 1956. But in recent years, significant cracks and splits have formed in their galleries, making the risk of collapse visible. This development does not seem unrelated to the fact that a mining operation has been functioning on an adjacent site for 36 years.

While the State, for decades, has failed to advance the process of making the Ancient Quarries a World Heritage Site and to control or stop the unacceptable damage to the ancient galleries, the womb of the world's unique transparent "Lychnite", suddenly appears a "private initiative" as a Deus ex machina who offers a "solution" to the ownership of the area. And who is the private individual preparing to buy the quarry site to "offer" to the Municipality of Paros? The same company that may be responsible for the damage!

Of course, the ownership problem must (finally!) be solved and fairly for the current owners, who have been waiting for 30 years. However, a real solution can indeed, and must, be found immediately. A solution that will allow, above all, the protection and preservation of the ancient galleries (especially the Nymphs' quarry) and, at the same time, the promotion of the monument. The only harmless way to do this is the legal expropriation by the Ministry of Culture or the Municipality of Paros.

We are absolutely opposed to the - not accidental - ineptitude of the State that allows the continuation of a crime against history and culture through its silence. We are opposed to methodologies that call the handing over of the site to business interests a 'solution'. And we are opposed to those concerned with 'enhancing' the site's surrounding area, 'forgetting' the urgent need to save the underground galleries.

We know that solutions exist, and the distribution of responsibilities is specific and clear.

We demand the immediate resolution of the ownership issue through a purchase by the Ministry of Culture or the Municipality and the taking of all necessary measures following the findings of the International Conference organized by the Institute of Archaeology of Paros and the Cyclades (I.A.P.K), Paria Lithos in 1997, and the event at the Old Parliament of Athens in 2019 organized by the Federation of Parian Associations, I.A.P.K. and the Cultural Association 'Archilochos'.

Any other proposal is evasion and leads to destruction and not rescue. We will not allow it.

The petition was launched by:

Some articles about the Parian Marble and the ancient quarries:

Versioni i ri i gjuhës

Paros and its heritage are important to culture and to its citizens.

Because of the cultural importance of the ancient marble mines

To keep the beautiful heritage of Paros 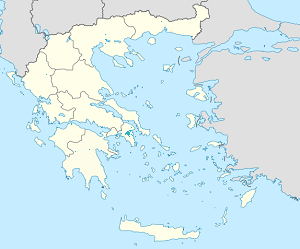