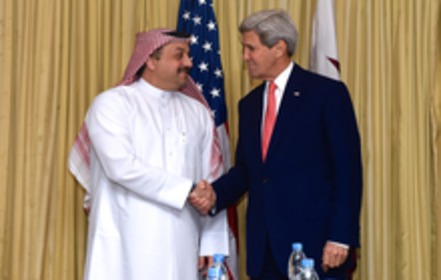 Petitioner not public
Petition is directed to
Europäische Kommission, Europaparlament
26 Supporters 0 in Europäische Union
The petition was withdrawn by the petitioner

We want to stop all financial support for the Palestinians by the EU as long it is not secured that the money later is used for terrorism. Please support us!!! No money for terrorism!!!

Rebuilding or repairing infrastructure in the Gaza Strip is the best thing that could have happened to Hamas. Hamas knows that every dollar invested in the Gaza Strip will serve the interests of the Islamist movement. The promised funds absolve Hamas of all responsibility for the catastrophe it brought upon the Palestinians during the confrontation with Israel.

Hamas will now use its own resources to smuggle in additional weapons and prepare for the next war with Israel. Hamas can now go back to digging new tunnels and obtaining new weapons instead of assisting the Palestinians whose homes were destroyed as a result of its actions.

The biggest mistake the donor states made was failing to demand the disarmament of Hamas as a precondition for funneling aid to the Gaza Strip. Hopes that the catastrophic results of the confrontation would increase pressure on Hamas, or perhaps trigger a revolt against it, have faded.

It would be naïve to think that Hamas would not benefit from the billions of dollars that have just been promised to help with the reconstruction of the Gaza Strip, during a donor conference in Cairo.

The Palestinians were hoping for $4 billion, but the donor states pledged $5.4 billion, half of which will be "dedicated" to the reconstruction of the Gaza Strip, according to Norwegian Foreign Minister Borge Brende.

It is not yet clear how the second half will be spent.

Qatar, a longtime supporter and funder of Hamas, promised $1 billion, while US Secretary of State John Kerry announced immediate American aid of $212 million. The European Union, for its part, pledged $568 million.

Donor states said they would funnel the aid only through the Palestinian Authority [PA]. But this does not mean that Hamas, which continues to maintain a tight grip on the Gaza Strip, would fail to benefit from the financial aid.

In fact, any funds earmarked for the Gaza Strip will strengthen Hamas, even if the money is coming through the Palestinian Authority.

Hamas has agreed to put aside its differences with PA President Mahmoud Abbas and his ruling Fatah faction in order to pave the way for the international community to allocate billions of dollars towards the reconstruction of the Gaza Strip.

Hamas knew that this was the only way to persuade the donor states to approve billions of dollars in aid to the Gaza Strip. The show of "unity" between the Palestinian Authority and Hamas was mainly intended to show the donors that they should not worry about their money ending up in the wrong hands.

After all, Hamas also knows that every dollar invested in the Gaza Strip will serve the interests of the Islamist movement. Of course, this is excellent news for Hamas.

First, the promised funds absolve Hamas of any responsibility for the catastrophe it brought upon the Palestinians during the confrontation with Israel.

Now the Palestinians in the Gaza Strip will no longer be asking Hamas to compensate them for the loss of their houses and family members. Any Palestinian who asks Hamas for financial aid will, as of now, be referred to the PA or the donor states.

All investment in the Gaza Strip's infrastructure will ultimately serve Hamas's interests, even if such work is being carried out by the Palestinian Authority.

Third, Hamas members and supporters would be among those entitled to some of the money coming from the Western and Arab donors. The Palestinian Authority would find it impossible to hand out money only to Abbas loyalists in the Gaza Strip, having already promised to take care of all Palestinians in the Gaza Strip, regardless of their political affiliations.

Four, the financial aid has not been conditioned on Hamas laying down its weapons or even ceding control over the Gaza Strip to the Palestinian Authority. From now, the PA will be working toward rebuilding the Gaza Strip while Hamas will use its own resources to smuggle in additional weapons and prepare for the next war with Israel. This seems to be the agreed division of responsibilities between Hamas and the PA.

Five, there is no guarantee that the billions of dollars would have a moderating effect on Palestinians in the Gaza Strip or turn them away from Hamas.

Thank you for your support
openpetition.eu/!vvwgn