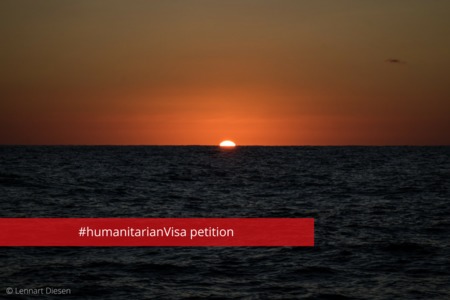 Call for EU humanitarian visas to stop dying at sea

Petitioner not public
Petition is directed to
European Commission and Council of the European Union
536 Supporters
Petitioner did not submit the petition.

What we ask for?

A European approach to the issuance of humanitarian visas on the basis of a clear legal framework in EU law.

We call for a fully-fledged EU humanitarian visa scheme and unified procedures for granting such visa applications.

The ruling from the ECJ of 2017 only confirms the clear need for EU legislation on humanitarian visas. The European Parliament has already taken a clear position in favour of issuing visas on humanitarian grounds, and it is now for the European Commission to come up with such a legislative proposal and the Council of the EU to adopt this proposal as soon as possible.

The European Union cannot close its doors to those fleeing from war and violence. Under Article 4 of the EU Charter of Fundamental Rights, EU states do not have room for manoeuvre when it comes to issue visas to people who are applying for international protection and when substantial grounds are shown for believing that denying them such a protection will result in exposing them to torture or degrading and inhuman treatment.

The current European priorities on asylum must focus on eliminating mortality at sea and providing legal passage for people in need and EU humanitarian visas are an important step towards these goals.

Entitlements to the rights recognised by international protection systems are accessible only to those who manage to reach the physical borders of the European Union. While the EU does have an existing regulation to safeguard the right to asylum, it only applies to people that have reached EU territory and place an asylum request. But it does not envisage the possibility of guaranteeing safe travel to Europe to search for protection. Left without any accessible legal alternatives and confronted with the increasing externalisation of EU migration control reaching far beyond European territory and the criminalisation of irregular migration, those in need of international protection are forced to resort to irregular ways to access it.

We all know the consequences of a lack of safe and legal access - exposing people in need to the arms of human smugglers, abuse and exploitation and let them die in the Mediterranean and the desert.

In March 2017 the European Court of Justice (ECJ) ruled that the European Union member states are not obliged, under EU law, to grant humanitarian visas to people who wish to enter their territory to apply for asylum. However, member states are free to do so on the basis of their national laws. The ECJ has just missed a historic opportunity to reaffirm the EU's values and its commitment to fundamental rights. One more reason to remind them.

Thank you for your support
openpetition.eu/!humanitarianVisas 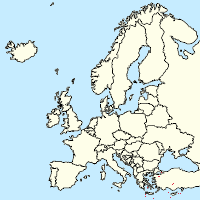 The data refers to 25 statements.