Petition to the European Union to condemn the 2021 Ethiopian elections as illegitimate and pressure the Ethiopian government to engage in an all-inclusive national dialogue and for the reinstatement of the democratically elected Tigray Regional Government.

General elections in Ethiopia were scheduled to be held on the 29th of August 2020. The elections were delayed, under the pretext of the COVID-19 pandemic. Abiy Ahmed’s unconstitutional “Prosperity Party'' has been ruling the country without an electoral mandate ever since. Abiy Ahmed rose to national prominence following widespread popular protests which included the Oromia region. He was selected by the ruling Ethiopian People's Revolutionary Democratic Front (EPRDF), of which he was a member, to serve as an interim caretaker in order to transition the nation to the next elections due to take place in May 2020 (later postponed to August 2020). Since his appointment Mr. Ahmed has never taken part in any constitutional or democratic elections. In 2019 Abiy Ahmed unceremoniously dissolved the EPRDF and formed the Prosperity Party; this too was done without respect to the rules and bylaws of the EPRDF.

Despite winning the Nobel Peace Prize, Abiy's tenure is noted for its over three million internally displaced persons, daily killings, assassinations, detention of civilians without due process, the jailing of political opponents, restrictions to press, and ethnic violence, capped by the war in Tigray, which erupted in November 2020. Since then, there has been a gruesome conflict taking place in the northernmost Ethiopian region of Tigray. The war has resulted in a catastrophic humanitarian crisis. International and domestic observers have released reports on gang rapes, extrajudicial killings, destruction of property, and deaths from starvation. Hence, Tigray will not participate in the upcoming election. Furthermore, many promising politicians of the Oromo ethnic group have been imprisoned on questionable charges. Analysts warn that the national elections could bring about more insecurity and violence. Organizing the vote is already proving difficult and voter registration has shown various irregularities.

The imminent danger associated with the upcoming elections:

The status of Tigray’s elections:

Therefore, we plead the EU to take into account the above facts and to condemn the 2021 Ethiopian election as illegitimate. Furthermore we urge for the following: 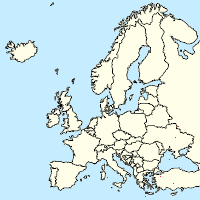