As a representative of the Facebook group I ask OPEN BORDERS EUROPE with my colleagues Lutz René Joszcyk and MEP Pascal Arimont a Schengen 2.0 that supplements and better protects the existing Schengen contracts by developing a common European pandemic and crisis-fighting strategy to prevent national solo efforts such as reflexive border closings.

We would like to point out that, with the Schengen Borders Code, border regions have become exemplary European regions in which cross-border exchange has helped to reduce resentment and prejudice on all sides of the border. Due to the COVID 19 crisis, unnecessary trips to and from Belgium were suddenly prohibited. There was a lot of confusion about what was a justifiable reason for crossing the border. We call for the legality of border controls and the stricter restrictions at European level for future cases to be examined. We also ask the Belgian authorities to explain in a transparent manner what objective reasons can be put forward regarding the proportionality of the continued controls and restrictions on authorization at their borders. With regard to border controls, the question arises in particular whether the COVID 19 pandemic - which undoubtedly poses a risk to public health - is to be regarded as a "serious threat to public order or internal security" in accordance with Article 25 paragraphs 3 and 3 28 Regulation (EU) 2016/399 (Schengen Borders Code). Finally, we urge the Member States, the European Parliament, the Council of the European Union and the European Commission to develop a plan to revitalize and strengthen the Schengen area. 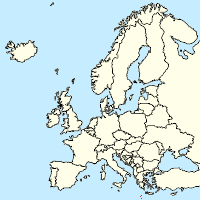