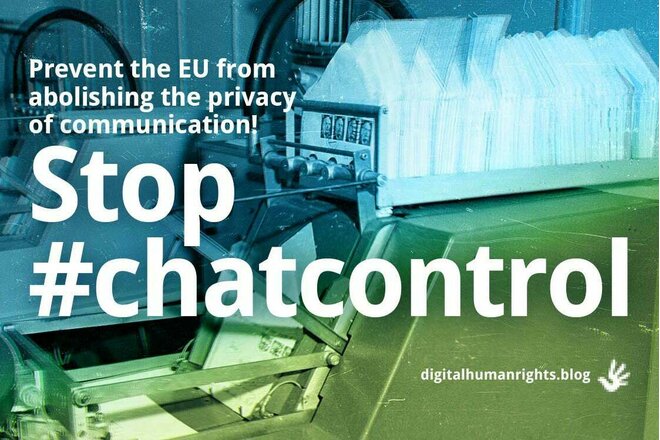 We have sent the following letter to all members of the EU Parliament to prevent the adoption of the “ePrivacy Derogation”. This provides that chat messages, video chats and emails will be searched automatically and without any reason for indications of pedosexual content.

This not only violates Articles 7 and 8 of the European Charter of Fundamental Rights. In our letter, we also explain why the measure is completely unsuitable for combating child abuse and would cause enormous damage to our society. Because, as much as one might hope, an AI is not a miracle machine that can be used to cut down on time-consuming police work.

The first stage of this law, which allows voluntary searches by providers, is to be passed in the European Parliament as early as July 7 / 8, 2020. Later, a reinforcement will ensure that mass surveillance becomes mandatory.

If you want to support our cause, please become a co-signatory of this important letter today!

Dear Members of the European Parliament,

Would you be comfortable with the thought that all your letters are being opened on the off chance that they might contain suspicious material? If not, please transfer this conviction to the digital sphere and vote against the abolishment of digital privacy for correspondence as part of the ePrivacy Derogation!

The so-called “e-Privacy Interim Regulation” (2020/0259(COD)) would require online messenger and email service providers to automatically scan private message content in real time for suspicious text and image content using error-prone artificial intelligence. All suspicious cases identified by AI would be automatically disclosed to investigative authorities in the EU – without the individuals concerned knowing about it. This is intended to counter the spread of child pornography on the internet.

We, of course, share the sentiment behind the initiative: children’s rights are a serious matter for which we as a foundation have been campaigning for years. But however well-intentioned it might be, this should not obscure the fatal impacts of the planned remedy:

Please, don’t get us wrong here: crimes against children are terrible and demand decisive action! But warrantless surveillance of our communications is totally inappropriate and creates a climate of mistrust in Europe.

We therefore urge you to oppose the bill when it comes before Parliament on July 7 and 8!

Dr. phil. Dr. h.c. Michael Schmidt-Salomon, Spokesman of the Board of the gbs

Thank you for your support, gbs, Peder Iblher from Oberwesel
Question to the initiator
openpetition.eu/!mwpsj

Whether they like it or not, I will encrypt my communications before they leave my device. If I have to use an old computer I will do it. Nobody can prevent me from using my own encryption.

The data refers to 358 statements.