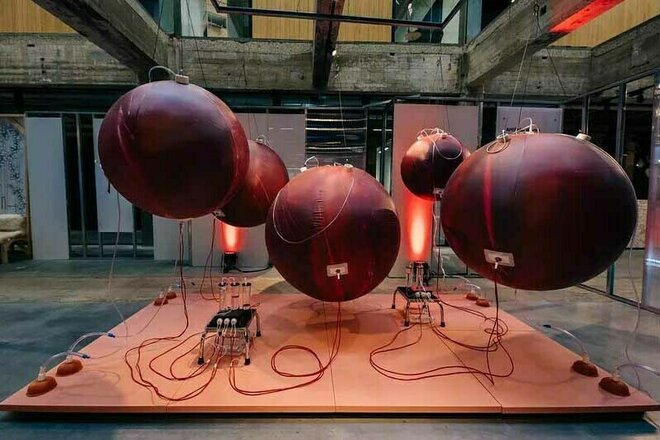 Under the leadership of the University of Eindhoven (Netherlands), research is being carried out on the development of the so-called ARTIFICIAL UTERUS. The project coordinator Prof. Guid Oei (Eindhoven University of Technology) said in a press release: 'It is our goal to help extremely premature babies with our artificial uterus to survive the critical period of 24 to 28 weeks ... Every day that a fetus develops in an artificial uterus for 24 weeks, its chances of survival increase. If we are able to extend these infants' fetal development in the artificial womb to 28 weeks, we can reduce the greatest risk of premature death to 15%.'

This sum is distributed among the project participants as follows:

The project started on October 1, 2019 and will initially end on September 30, 2024 and is currently funded for a period of 5 years. It is to be expected that a new application will be submitted after the funding period has expired, i.e. in a good three years.

The Dutch newspaper 'Eindhovens Dagblatt' published a photo of the presentation of the design of the 'artificial uterus' by Prof. Guid Oei.

As much as the concern is understandable, a closer look reveals ethical questions and doubts. Under the pretense of wanting to alleviate the suffering of parents, research is carried out at the expense of innocent children. Instead of solving problems, new suffering is created. The technical project 'artificial womb' gives people who are suffering a saving straw. This is cynical! Unfortunately, the politicians were convinced by lobbyists and wasted millions of taxpayers' money on it. Ethics councils who wave this through legitimize a crime against humanity.

Apparently there was only applause for the project on the Facebook page of the Máxima Medisch Centrum. An answer to whether consideration had been given to what it would do with the bond between mother and child if the baby were in an artificial uterus for weeks, and what psychological consequences would arise at a later age if the child were surrounded by an unnatural uterus for weeks was, was answered briefly by the Máxima Medisch Centrum: 'Yes, that was taken into account.'

In the promotional video 'Artificial Womb: Dream or Nightmare?' we don't find any self-critical tones, even if the title promises it.

The Goethe Institute in Italy is also participating in the development of a positive image for this research with an immunization strategy: 'Artificial wombs are becoming a reality, but we shouldn't be afraid of them. The image of the artificial uterus is shaped by dystopian science fiction scenarios. Think of the breeding grounds in Brave New World or the human battery farm in Matrix. We associate technology with totalitarianism and everything that is inhuman and unnatural. But in our time, artificial wombs could save the lives of babies.' Source

As early as 2017, the public was confronted with an 'artificial uterus' for animals that has already been tested on animals. The so-called BioBag system was presented in the press with already finished, living lambs. https://upload.wikimedia.org/wikipedia/commons/7/7a/Nature_Communications_Biobag_system_design.jpg

'In principle, however, the findings can still be transferred to people,' says Thomas Kohl, head of the German Center for Fetal Surgery & Minimally Invasive Therapy (DZFT) in Gießen. You have to give the method enough time to develop, which will certainly not be feasible without problems.' Source

We neither have to give the method time nor believe these statements! We can decide against the mechanization of birth because we do not want this!

... is in the title of the exhibition on which the photo above was taken. This mentality is a self-legitimation and it has already resulted in a lot of risky and ethically questionable, partly also illegal research - often with catastrophic consequences. The argument is not a democratic one, but a totalitarian one. It exposes others to an incalculable risk without their authorization, without them being given a say.

This must be countered with all determination!

We, the signatories of this petition, call on the EU Commission to stop all funding for this and similar projects and to outlaw such experiments on humans and animals!

With the so-called artificial uterus, new problems are created, the complexity of which is neither manageable nor solvable. She won't solve any problems.

The 'artificial uterus' means that a normally non-viable fetus or even an embryo grows in a device modeled on the uterus, while being kept alive with nutrients and antibiotics via plastic tubes and removed from it after the procedure has been completed. Human security, conveyed to the child in the womb via countless, largely still unknown substances and noises, and the natural experience of the mother's life does not take place. The mortality of such a fetus is considered (quote) 'greatest risk' and would be only 15%. This number would be pure prophecy if human experimentation had not possibly already been made.

With the mother and her body, evolution has created optimal conditions for a healthy child to be born. In nature, the development of a child is largely initiated by the female choice and accompanied by the cryptic female choice during pregnancy. In doing so, she or her body decides whether, how and when the child is born. The most basic human right is to be carried and born by a mother! This also inseparably includes the right to die with dignity.

By far not all effects of the maternal body and its processes as well as the lifestyle of the expectant mother (epigenetics) on the child have been researched. All these effects are existential for the child and belong together. The lack of one of these 'building blocks' causes damage to the child. It is to be expected that tests will be carried out throughout the time the fetus is in the 'artificial uterus', including during its collection and afterwards. The machine can only be further developed according to the 'trial and error' principle. Nobody can measure the child's agony.

It is known that children who are born through reproductive medicine have significantly more health problems.

Nature, with its Cryptic Female Choice, often ends pregnancy prematurely, and not for nothing. Doctors can neither predict damage nor do they know their patients and their condition well enough to be able to make the decision in favor of this method. They will contractually protect themselves. Everything else will be done in good faith. A child damaged by such human experiments will need medication and aids for life without any prospect of a cure.

With EU money to a designer baby

It is foreseeable that attempts will be made to artificially raise ever younger fetuses or even embryos. The gap that previously existed between artificial insemination and the 'artificial womb' can one day be closed. The mother is then reduced to the egg. The arbitrary departure from the female choice makes men independent from women and the child becomes a design object. Human breeding would then be perfected. This interference in evolution and its social consequences cannot be overlooked and is therefore an inhumane irresponsibility. To trivialize or deny these risks is megalomania.

Once this technology is in the world, criminals will take it over because the market promises exorbitant profits. Babies could be ripped out of pregnant women in order to help rich childless people have a child, as is already the case with the illegal organ trade. Every pederast could generate his own child in this way, whether it is healthy or not, it would then be 'irrelevant'. Women could be hired to give their small embryos for money, which makes surrogacy more attractive and even more lucrative, with more pregnancies in less and less time. The 'wrong' gender ends up in the trash. Eventually, even the unfertilized eggs could be forcibly torn away or sold. Abortion may be banned for good, women may be driven into illegality.

The overpopulation can already be attributed to the violent undermining of the female choice by patriarchal ideology. Reproductive medicine has led to a lack of women due to prenatal gynocide in many countries. The 'artificial uterus' can further encourage this.

Reproductive medicine continues to drive the abolition of the mother and is stylized as a benefactor. The normality of the total mechanization of the body is implemented in the heads in the salami tactic. A world without mothers clears the way for patriarchy. The misogyne exploitation of the female body is not abolished with the 'artificial uterus', but is further exacerbated. The suffering of affected human children is immeasurable.

Thank you for your support, Gabriele Uhlmann from Braunschweig (Germany)

It is not natural. Such things should not be even considered to be made in the first place.

Women bring forth life. This research seeks to separate the natural and unique link between a child and its birthing mother. This link to the individual woman who carried us is an anchor in everyones life. It is a tether that should never be broken by any man.

The goal of this research has negative consequences for all women as a collective, it is extremely morally questionable, it is not necessary, it is a solution that the human race doesn't need, it will be used for immoral purposes. 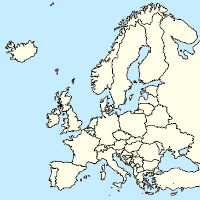