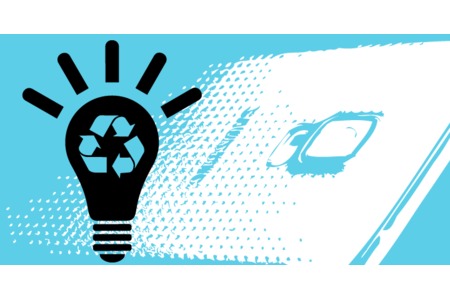 Samsung: Upcycling instead of destroying

Petitioner not public
Petition is directed to
Samsung, Makerspaces, Fablabs
80 Supporters
Petitioner did not submit the petition.

THE PROBLEM: Early September, worldwide reports of fires caused by battery failures in the Galaxy Note 7 smartphone led Samsung to completely cease production. The company recalled every single phone. The refurbishment of every recalled phone may be near impossible, yet the disposal of these 2,5 million phones with millions of working CPU cores, sensors, cams is unfathomable.

THE CLAIM: Instead of trashing these phones, Samsung should donate them (without the hazardous batteries) to the maker community for upcycling and open innovation !

MY STORY: As an Open Source evangelist, I like Android devices and have used Samsung phones for years because of their commitment to an Open Source OS. I believe that eventually Open Source will recognised as the be the best way to not only develop software, but also hardware. There is a long way to go. Many proprietary elements and practices still dominate, but it is becoming evident that proprietary and non-modular solutions are inefficient and vulnerable. Take the case of these non-replaceable batteries that have caused Samsung a billion dollar headache. This disaster is an excellent opportunity for a better, more modular future !

THE OPPORTUNITY: We can learn from this dangerous disaster and change directions. I as a small outsider do not only want us to save billions of dollars worth of destruction, because the NOTE 7 is too good to throw it away wholesale, but also hope to initiate the biggest shift in direction that a technology company has ever undertaken. Everybody talks about the makers and creators. Now even Microsoft, with its new direction in hardware and software, makes Apple look pale by comparison. There is right now an opportunity for Samsung to take the lead and finally walk the talk.

THE SOLUTION - UPCYCLE NOTE 7: Samsung’s motto is "Rethink what a phone can do". This is exactly what we do. As projects like raspberry pi and others show, the wisdom of the crowd can come up with a lot of ideas and solutions which cannot be accomplished alone by big companies. Since the phone functionality is only one small part of the devices they could be used as a kind of development kit and for building prototypes. Building prototypes in hackathons and challenges can provide a lot of alternative use cases and outline new solutions for future (modular) products.

HOW YOU CAN HELP: Bring this proposal to all makerspaces, fablabs, legal hackerspaces, open source developers around the world. You can help with ideas, contributions and donations. To improve this rudimentary platform, we would need translations to other languages, the help of web designers and graphic designers. We probably will also need lawyers.

Thank you for your support
openpetition.eu/!upcyclesamsung