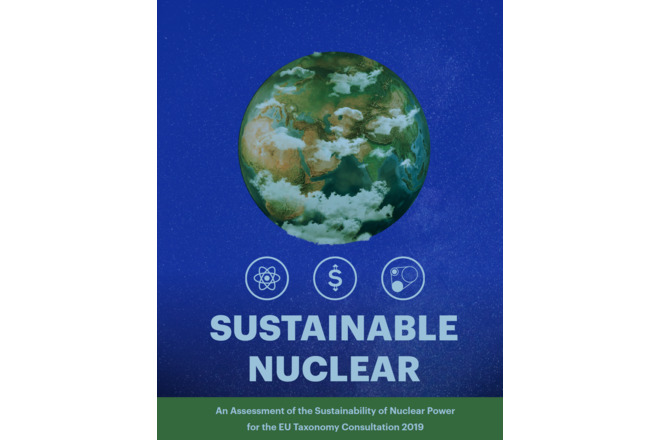 Petitioner not public
Petition is directed to
European Commission Technical Expert Group
5.758 Supporters
Petitioner did not submit the petition.

Currently, practically no nation is on track in doing its share on stopping climate change at 1.5, 2 or even 3 degrees C. What we have been doing is clearly not enough. We need all the options on the table, and more. For the last decade or more, policy regarding nuclear energy has been regressive both in individual EU countries and at the EU level in general.

If Europe gives up on nuclear investment – no new reactors nor lifetime extensions – it will mean 4 billion tons of more emissions, says IEA (2019), and much higher climate mitigation costs. To have a chance of stopping climate change closer to 1.5 C, we would need to have many times more nuclear globally than we have now by 2050, says IPCC (2018). This is in addition to huge amounts of renewable energy added and heroic improvements on energy efficiency.

The first version of the Taxonomy is now out (link below). Nuclear was considered, its merits for climate change mitigation were acknowledged, but it was still left out. Why are they leaving nuclear out? Apparently, especially the long-term storage of nuclear waste was an issue that they found conflicting and complex evidence on, and ended up demanding empirical evidence of final repository operations to ensure that they meet the Do No Significant Harm-criteria (DNSH). To get to this position, the TEG members had to go through several steps:

First, all the nuclear regulation and legislation both on EU level and on national level that specifically states that nuclear waste is to be managed responsibly without significant harm done – something that the nuclear industry has been doing for decades very successfully – was dismissed.

Second, it seems to be assumed that somehow all the decades worth of international research into the nuclear waste storage safety case has been horribly wrong. And not just wrong, but wrong on the level of thousands of times wrong. That research shows clearly that final repositories can be built to be extremely safe, essentially meeting the Do No Significant Harm -requirement.

Third, somehow all the best experts and national nuclear safety regulators have not noticed this, and have given statements to support the construction of said repositories as per the DNSH requirements in legislation and regulations.

Finally, it seems to be the assumption that not only have we been horribly wrong without anybody noticing it, it is also assumed that there is nothing we can do about it. Even though, well, we have been managing nuclear waste for decades in Europe without anybody getting hurt.

Now, nuclear waste is a complex topic, and the TEG group, which was on a very tight schedule with the taxonomy, has requested for more time to gather further evidence on the matter. The thing is, if we don’t act now, there is no telling how deeply this subject will be buried within the political system of the EU. We know that Germany and some other countries would love to bury nuclear in Europe, they have made this very clear publicly many times. But the evidence shows us that if they do, they also bury our hopes of a timely climate mitigation. So, we can’t let them.

We at Energy for Humanity and THINK ATOM have spent our summer doing research and writing a response for the Technical Expert Group. We call it the “Assessment of Nuclear Sustainability.” You can download the pdf at the link below and read our case for yourself.

Ps. Full disclosure: EDF Energy UK sponsored the work required to do the research and writing. We did it only on the condition that we have full editorial control on the result. Link to our Assessment report: http://energyforhumanity.org/resources/reports-en/sustainable-nuclear-assessment-sustainability-nuclear-power-eu-taxonomy-consultation-2019/ Link to TEG Report on Taxonomy: https://ec.europa.eu/info/files/190618-sustainable-finance-teg-report-taxonomy_en

If you want to take a small stab for more informed, evidence-based and effective energy and climate policy in Europe, please sign this petition and share it with friends as well. This is not about supporting nuclear, although clearly, we support it as a part of a balanced, cost-effective and clean energy mix – much like any serious climate mitigation plan does. It is about supporting informed and evidence-based policies where-ever and whatever they are.

Thank you for your support
openpetition.eu/!bqvsj

The French nuclear fuel cycle has been assessed as one of the lowest impact energy systems in the world, emitting only 5.2g of CO2 per kWh and reducing hazardous waste by 17% while extending the lifespan of fuel supply, reducing mining and enrichment impacts. Technological innovations in reprocessing of fuel, and in seawater extraction, make Uranium one of the most sustainable fuel sources on the planet.

Completely weird and destructive petiiton-goal It would be more honest to give nuclear bombs a chance. However I would neither sign this nor that as well weird petition. The solution is reducing energy need, eg. less not more car traffic. And for the energy, we really need, it is better to use the maintenance free nuclear power station in save distance we have already at hand: the sun. 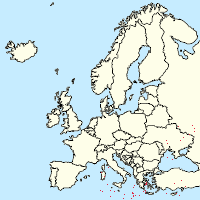