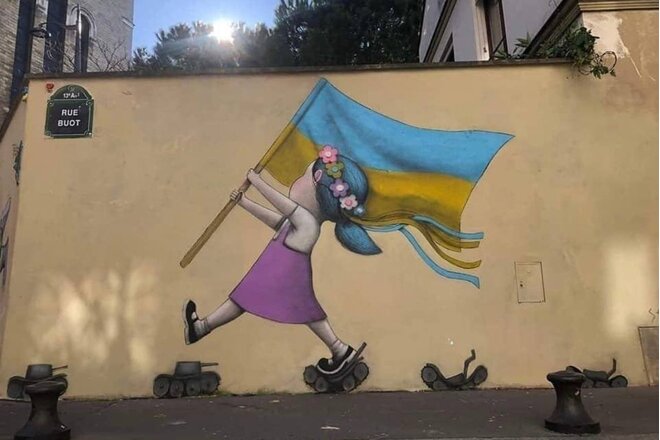 My relatives are at the time of writing in Kyiv and its vicinity. Apart from donations to military equipment, donations to humanitarian aid and a potential ride from the Ukrainian border to our home, I have no way to truly help them.

In television, we see pictures of bombarded Kharkiv and Chernihiv, damaged houses in Kyiv, and listen as the politicians on one side talk about severe sanctions and on the other defend the importance of trade with Russia.

I do not wish to downplay the problems of those who as a result of sanctions could get into financial straits, but at the end of the day it is only money. More money can be earned, but lives lost are lost for good.

I have to try and contribute to ending this conflict, even if some would consider it hopeless. Because the real hopelessness would be to do nothing when your loved ones send you messages like: “I hope we survive this night.”

Words of support will not end this war, a military help of the West is still unlikely and the current sanctions against Russia are not sufficient enough. For if they were sufficient enough, the war would be over. We cannot wait any more for Russia to slowly financially bleed out, we must hit Putin’s regime where it hurts.

That is why we demand an immediate embargo on Russian fossil fuels, particularly natural gas and oil.

By signing this petition we accept consequences this can have on our comfort and standard of living but even if we had to organize public fund-raisers to support our fellow citizens, it is incomparable to the suffering of the Ukrainian people, costs of a prolonged conflict and implications to our own security in the case of success of this Russian aggression.

The aim of this petition is to unite those who call for tighter sanctions behind one specific measure to push through together.

Sanctions against ordinary citizens are not effective enough, because in the authoritarian Russia, perhaps not even famine or public rioting could make Putin back away, but a revolt of oligarchs would do it for sure. That is why sanctions must target the oligarchs in particular, and one of their most important sources of income is the trade with oil and natural gas. Maintaining the trade with these resources was also one of the main reasons why several Russian banks were kept in SWIFT.

The purpose of sanctions against Russia is not to forever cut our mutual trade ties, but to end the war as quickly as possible, so that the world can get back to normal. That is why we have to go for the most severe sanctions possible, despite their high cost, because the cost of not imposing these sanctions is even higher.

Given the reluctance of the West to engage in this conflict on a military level, sanctions are currently the only tool we have at our disposal. If we do not use them to their full capacity, we are risking this Russian aggression being successful, which would mean danger for other countries in the future, since it would be obvious that the West is powerless against this kind of aggression. Whilst the longer this conflict continues, the greater will be the amount of casualties, property and cultural damages and at the end of the day even our own expenses for helping Ukraine and its citizens. It is therefore in our best interest to make this war end as quickly as possible by a defeat of Russia.

Pushing the embargo on fuels through would mean opening up the doors for other sanctions, not only on technical level, such as in the case of the complete disconnect from SWIFT, but also by showing the political representation our willingness to accept sanctions which will impact our comfort and standard of living.

Still, it would not be practical to try and push through more of our demands at once, since more demands means higher chance of none being met. Similar can be said about demands that are not specific enough. Slogans like “end the war” or “tighten up sanctions” are so vague that politicians can always claim they are doing their best, even when they do very little. This unfortunately also shows on our current results.

Despite the overwhelming public support for Ukraine and a fair number of initiatives similar to this one, there is only one slogan with a concrete demand that is in general use – “Close the sky” of the initiative demanding protection of the air-space above Ukraine. Although, as of yet, they did not succeed in their efforts, they are still the only ones, who gained universal support across many countries. This shows us that the biggest chance of success have initiatives with such demands that are specific, comprehensible, could significantly help Ukraine and are directly demanded by the representatives of Ukraine themselves.

Even if this petition never comes close to this and the only thing it achieves is brining a couple of individuals to something bigger and more successful, then every such individual could be the proverbial pebble that starts the avalanche...

i am shocked at the reluctance of EU citizens to support an embargo of oil & gas from Russia. It is of utmost importance for the future of european freedam that we take all possible steps to prevent Russia, Even if this requires short-term pain.

Any trade with Russia or payments made towards its financial institutions are supporting their military machine and war against Ukraine.

Because I'm willing to pay any price for gas and energy to see Ukraine winning and becoming free.

Værktøjer til at sprede petitionen. 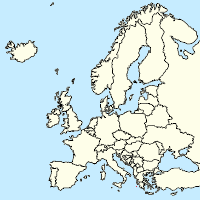