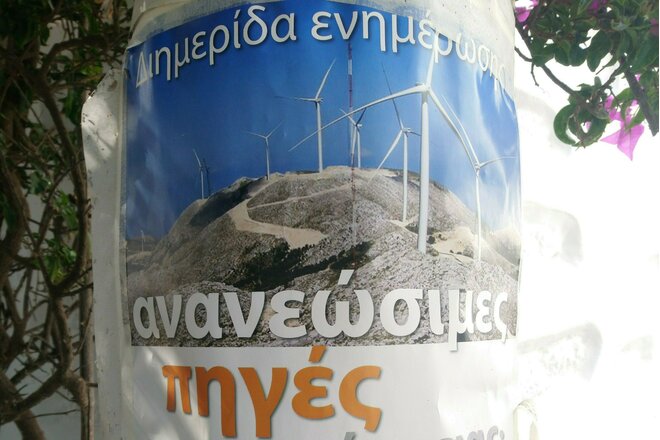 No wind farms on the Cyclades islands

is to be given expression to.

„Greece is facing an unprecedented and non-recoverable destruction of

its landscape. The majority of all Greek mountain chains and almost all

islands – in most cases Natura 2000 conservation areas – are to be

converted into gigantic windmill parks. Hills are flattened, in total

thousands of kilometers of road systems are relocated to the wilderness

them requiring their own concrete foundation the size of a football

pitch. Even the very smallest islands - where last pairs of several

threatened birds coming from as far as Madagascar seeking refuge - are

not exempted from the construction plans.

independent environmental testing procedures have been cancelled as well

as the inhabitants rights of co determination over their municipality,

their island, their land. This was executed in an urgent procedure by as

few as 25 members of parliament during the Covid quarantine in may 2020.

On islands like Amorgos, which would require one to two windmills to

meet their electrical energy requirements, are planned over 70 windmills.

This is as disproportionate as that on the other islands.“

look at resp. listen to::

and their consequences. These plans are that all-encompassing and

devastating one is stretched to ones mental and emotional limits when

realizing, what Greece will look like in a few years having been made

conservation areas, at mountaintops up to 2000 meters high, directly

above traditional villages, besides and on archaeological sites and,

above all, scattered across the entire island area. Inhabitants of very

park. They are listed as „non-existent“ by the Hellenic Statistical

Authority (ELSTAT) for quite some time, although they registered with

the authorities as with every census. If there is no education of the

European population and no comprehensive resistance the Aegean like it

has survived for millenniums will cease to exist in 10 years.“

Thank you for your support, Torsten Hauffe from Berlin
Question to the initiator
openpetition.eu/!gmhpn

Here you can upload signed forms as supporters of the petition. 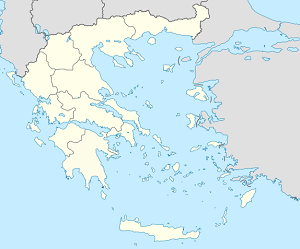