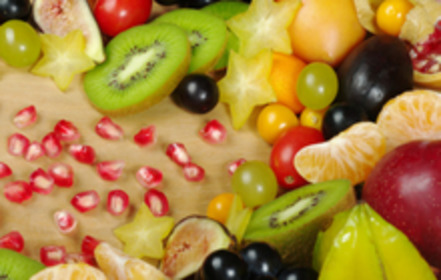 We demand: Freedom for healthy food! Europe is restricting the consumption of food.

Petitioner not public
Petition is directed to
Europäisches Parlament und Europäischer Rat
232 Supporters 1 in European Union
Petitioner did not submit the petition.

How much does Europe do for the world? As world champion travellers, the Europeans have always toured the globe, getting to know a wide range of different cultures and enjoying a diverse range of dishes and foods. But when it comes to the consumption of exotic foods at home – then the European approval pen is quickly whipped out. In future, food that has been consumed outside the EU for hundreds of years will be prohibited per se and will require approval by means of the Novel Food Regulation. In the main, only corporate groups can afford that. Do we want to be prohibited from eating types of food? We say NO!

Background The term novel food refers to all food that was not yet used on a notable scale for human consumption in the European Community by 15 May 1997. These foods are classified as novel due to their origin, their special composition or due to the use of innovative technical manufacturing processes. This means that certain fruits, vegetables, spices, mushrooms and nuts can no longer be consumed even though they have been consumed without any problems in the USA, South America, Asia, India and Russia for centuries. Such food may enter the market only if they have been approved after having gone through protracted test processes. At best, this would last four months; at worst, 14 months. The chief factor involved when it comes to the approval of a type of food is safety, which is correct. However, safety is difficult to prove. Foods are complex mixtures of substances whose composition varies depending on the time of year, the raw materials used or the production processes. For instance, what substances and in what quantities are contained in an apple or a piece of bread is largely unknown. In addition, this procedure creates such high financial obstacles that often only large corporate groups are in a position to register products correspondingly. The European Commission attempted to revise the Novel Food Regulation on several occasions. In December 2013, it finally presented new regulation proposals, which have not yet been approved. The cost and time-intensive approval system for novel food ought to be simplified so that new and innovative foods can more easily be brought onto the European market. However, in the new draft it is also unclear how traditional food from third-party countries is to be dealt with. We demand: ABOLISH THIS BUREAUCRATIC BARRIER FOR THE FUTURE OF HEALTHY FOOD! For it is clear that these tried-and-tested, exotic foods of the past cause no harm and do not need to be subject to any approval obligation! Hoards of officials at the Commission and in the member states are being employed to test whether there are objections to non-EU foods. What the outcome of this can be is shown in the example of the yacón plant. The example of the yacón plant The yacón (also llacon; Smallanthus sonchifolius) is a traditional plant that was cultivated by the Incas in Peru. It was awarded at two global exhibitions before the First World War, was cultivated in Italy in the 1930s, was described as a food by the British Office For Foreign Plants in the 1950s and was cultivated in the Czech Republic in the 1990s. Today, yacón bulbs and yacón leaves are valued in South America as a tasty, sweet food. In natural medicine, the yacón products – which have health value – are used above all by diabetics. What do you think the German authority's answer to an approval was? "No use as a food on a significant scale prior to 15 May 1997 was established." Now guess what the outcome of the procedure would be if 28 member states were able to assert their objections. The 14-month period would become the norm. However, since the middle of 2014 the yacón is no longer subject to the Novel Food Regulation and is included as a food in the European list. Laughable somehow, is it not? Freedom for healthy food! Freedom with respect to food must not be restricted – especially not under the pretext of consumer protection or in order to employ officials and create even more superfluous regulations! Ought we let ourselves be told what we can eat and where? Would it not be laughable if even famous chefs had to submit an application to the Commission in order to cook with an exotic ingredient, for example? Yes, even chefs are food business operators! We call on the European Parliament, President Martin Schulz, and the European Council, President Donald Tusk, not to degenerate further as a prevention instrument and to leave the law in its original form!

Thank you for your support
openpetition.eu/!wfcrb

@GM: ...and also to regulate approval of nutritional supplements, which the autor's association is lobbying for :)