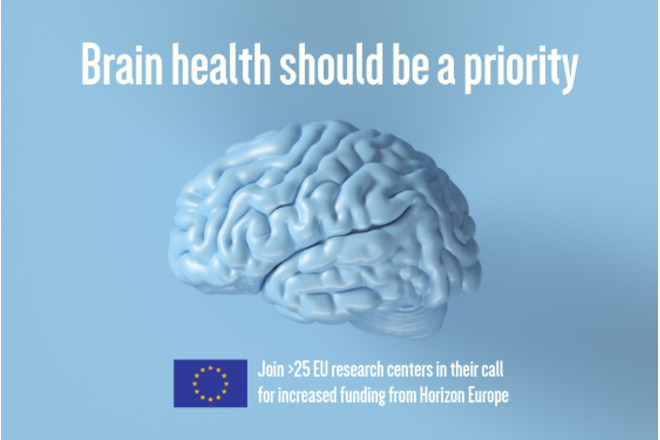 We, the undersigned, representing major institutions across Europe, would like to express our worry on behalf of the scientific community and a large group of patients and care givers, about the future of neuroscience research and especially research into brain diseases in Europe. Based on the draft strategic plan for Horizon Europe, outlining EU research priorities for the coming seven years, we feel this area of research is hugely undervalued and deserves far greater priority.

The majority of chronic neurological diseases remain incurable to date, topping the list of most disabling and deadly conditions across the globe . Brain disorders affect over 160 million European citizens, constituting over 35% of the EU burden of disease according to the World Health Organization. Mental and neurological disorders weight heavily on EU healthcare systems, with an economic burden of €700 billion every year , i.e. over 4% of the GDP.

In contrast to most non-communicable diseases like cardiovascular disease or cancer, mortality linked to brain disorders is currently increasing. Paradoxically, overall funding for cancer research is estimated 15-fold higher than funding for neurological disorders. This is reflected in the big gap not only in number of scientific publications but also the number of clinical trials between both fields. Drug discovery for brain diseases in particular remains marginalised to academia and SMEs, while the pharmaceutical industry is progressively turning its back on translational brain research. The paucity or the absence of any treatment for chronic neurological diseases represents a huge and ever-increasing societal and economic threat that cannot be left unaddressed. Furthermore, the significant and continuous improvement in life expectancy in the developing world means that the burden of age-related neurological disorders is increasing on a global scale.

As researchers and as EU citizens, we consider that solving mental and neurological conditions is a humanitarian emergency and an absolute public policy priority. We are therefore very perplexed and seriously concerned to read that brain health is not among the mission areas described in the draft strategic plan for Horizon Europe. In fact the word “brain” itself appears only twice in this document of 109 pages. The draft does mention that the Human Brain Project will continue to be supported under Horizon Europe Yet this Future and Emerging Technologies Flagship is largely focused on brain activity data. While certainly valuable, crucial molecular, cellular and clinical insights into brain development, function and demise are completely beyond the scope of this initiative. If Europe has any real ambition on moving brain disease understanding and treatment further, it is unacceptable that the funding of this single initiative would be used as an excuse not to support biomedical and clinical research in this area of unprecedented medical need.

Brain research in the EU is severely under-funded compared to other comparable areas such as cancer . In China, brain research is one of the six priority areas forming the Plan for the National Economy and Social Development, and the Chinese Institute for Brain Research launched last year is designed to host over 1,200 scientists and technicians in 100,000 m2 research space. In the US, research support through the BRAIN Initiative reached over $400 million in 2018, while the yearly budget of the National Institute of Neurological Disorders and Stroke now surpasses $2,000 million. It is obvious that the EU will simply lose its competitive edge if it ignores that final frontier of knowledge.

Breakthrough innovation for brain health is urgently needed. We are collectively calling for an urgent deepening and broadening of research efforts towards brain health in the EU. Horizon Europe needs to promote a greater involvement of patients, caregivers and society in brain research, and to ensure that cutting edge technologies and novel scientific insights are developed and implemented faster, as indicated by this quote from Dr. Margaret Chan: “…I can think of no other condition where innovation, especially breakthrough innovation, is so badly needed…[Dementia] is not just a public health priority. It is a public policy priority… When the private sector… does not want to invest in R&D [research and development] we need to look at why… And when [the] market fails, we require strong leadership… You are stepping in to take the slack and making sure people affected by such devastating disease can have the hope that they need…” (Dr. Margaret Chan, Director General, WHO (2007-2017) at the Dementia summit, London 2013).

We hope that our message is taken seriously. The brain is the last major frontier in biology and is probably one of the most fascinating territories still to be explored. Brain diseases affect many and represents probably the greatest medical unmet need in our societies. Europe has the duty to take its responsibility.

Have your say on future objectives for EU-funded research and innovation: https://ec.europa.eu/info/news/have-your-say-future-objectives-eu-funded-research-and-innovation-2019-jun-28_en

Thank you for your support, Prof. Bart De Strooper from Leuven
Question to the initiator
openpetition.eu/!brainresearch 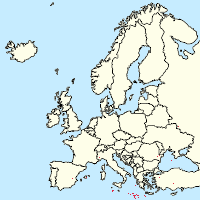 The data refers to 696 statements.