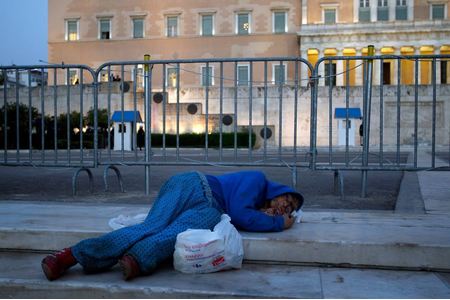 A chance for Greece - before it´s too late!

when the Greek SYRIZA took over the government business in 2015, it took over a ramshackle country, devastated by corruption and tax evasion, in a condition to which the preceding governments had made a significant contribution.

The ongoing Greek tragedy began with the rescue of German and French banks and their rich clients - at the expense of the Greek population. The German government in particular enforces social brutalities and the outflow of resources from Greece.

Now it is time for the German government and the German Finance Ministry to acknowledge that Alexis Tsipras, Efklidis Tsakalotos and others have wrenched measures from the EU finance ministers which at least partially will improve the bad situation for many people; which bring to justice the rich and the tax evaders; which start reforms aiming social justice and sustainable development.

Instead of undermining the Left Government in Greece, it should be supported in this endeavor. On May 25, 2017, EU Commission´s President Jean-Claude Juncker assured the Greek Prime Minister, Alexis Tsipras, that the EU's Charter of Social Rights was also applicable to Greece. The attitude of Germany towards our neighbors, however, leaves us with different conclusions.

Through renewed pension reductions, people live on the poverty line. By repeated scandals involving German companies (see, among others, Novartis), Greek Healthcare System is on the ground. The state-owned operator Fraport has privatized the 14 best Greek airports, instead of providing the necessary assistance to the ones in need of rehabilitation. The reintroduction of collective bargaining is beeing constrained.

It is high time that the richest country of the European Union is fulfilling its special duty of care towards Greece. To this end, we see Germany also in the duty because of the historical background (Nazi atrocities in Greece between 1941 and 1944, the London Debt Conference of 1952).

• We call for a binding decision on debt relief for Greece, assuming realistic perspectives about further economic development, and not until after the Bundestag election.

• We ask you to prepare the CDU and the German Bundestag for this debt relief.

• We oppose any proposals that postpone a final decision in this regard.

• We urge you to respect the international public opinion who knows that Greece has fulfilled its obligations and even the demands of the IMF.

• We urge specially you, Mr Schäuble, to avoid realizing your election campaign at the expense of Greece and to stop unreserved reproaches such as Prime Minister Alexis Tsipras implements the reforms at the expense of the poorest and most vulnerable people of the Greek society.

• We ask you to refrain from setting the mood against new aid for Greece which the country will only receive in order to pay off its old debts and which it has not at iis disposal to create a social welfare or for urgently needed investments. We are referring in particular to a paper from the FOM which talks about covering the costs of debt relief at an amount of EUR 123 billion, which is equivalent to a new aid loan.

• In addition, we urge you, Dr. Matthias Döpfner, as chairman of the Axel Springer publishing house, to omit the press agitation against Greece, which is mainly practized by the BILD newspaper in an unprecedented audacity. In a study published by the Hans Böckler Foundation in March 2016, it becomes clear that, among others, your publishing company is involved in replacing the objective reporting on the difficult crisis situation in Greece by at least 60% of personal opinion.

• Finally, we ask you, Mr. Theodoros Daskarolis, to work hard, from Berlin, for the interests of your country in the above-mentioned sense, and to pay close attention to the events surrounding the upcoming Eurogroup meeting.

With regards from the signing persons.

The actions of the German Federal Government, especially the German Finance Minister, are contrary to humanity. The situation in Greece is hard to bear for the Greek people. Me and my many Greek and German friends can not watch it anymore without reacting!

It's not about banks and profit, it's about the PEOPLE!

Thank you for your support
openpetition.eu/!zjgtz 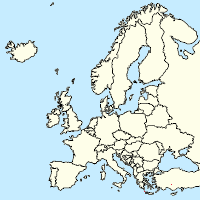