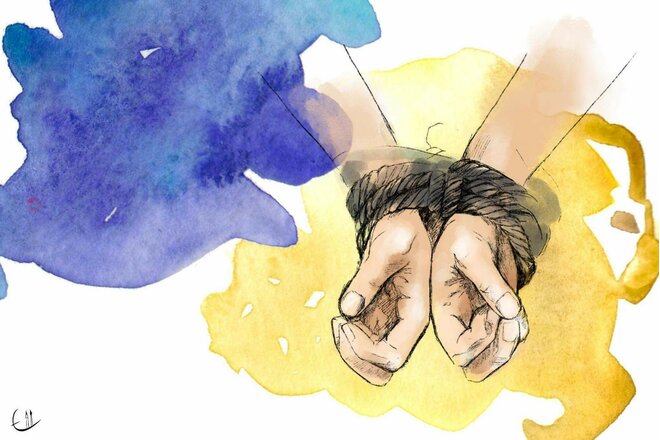 Save Ukrainian girls from involvement to prostitution in EU

We, the feminists of Europe, Ukraine and Russia, who have signed here, as well as just women, men, citizens and temporary residents of the EU, ask the authorities of the European Union to take a set of measures prohibiting the involvement or pushing of Ukrainian women into prostitution, which is legal in some EU countries (Germany, Austria, the Netherlands, Switzerland, Latvia, Greece). This legal prostitution is called sex work in these countries. In addition, we call on the police of those countries where prostitution is not legalised to pay close attention to this criminal business. We are expecting that Ukrainian girls and women who fled the war will be pushed into prostitution. We already see this process happening.

Today, about 5 million people have already moved to the EU from war-torn Ukraine . Most of the refugees are women of different ages and girls. The testimonies of volunteers working near Ukrainian borders give us reasons to believe that some refugee women have already been reached by sex-traffickers acting under the guise of volunteers helping refugees. Most probably criminals are trying to involve Ukrainian women refugees in prostitution right now. In addition, people working in sex industry are openly recruiting girls from Ukraine using online volunteer groups. This is happening during the evacuation process from the war-torn country and we have evidence of the existence of such announcements.

The concept of legal prostitution in those EU countries that find it fair, implies the principle of free will and choice. This means that a woman has a choice to decide if she wants to provide her body for sexualised hire. However, events such as war and involuntary resettlement are severely limiting these choices.

Women who have gone through traumatic experiences such as threats to their own lives and the lives of their children, escape from the war and pursuit, need long-term psychological rehabilitation. Post-traumatic stress disorder, according to research, can include, among other symptoms, dissociation from one’s body, cognitive impairment, emotional disturbance - all these factors make it difficult to objectively assess the risks and potential dangers while making a decision to step into prostitution.

Involvement in prostitution of refugee women who are in a situation of high psychological, financial and physical vulnerability, greatly increases the risk of their re-traumatisation and seriously limits the possibilities of adaptation and rehabilitation, reduces the chances of successful social integration and return to normal life.

Women who are now fleeing the war, many of them, will stay in Europe for years to come and will be able to integrate into society, pay taxes and participate in elimination of the devastating consequences of war. All of it will be possible only if now they receive protection and support, as well as immunity from involvement in prostitution.