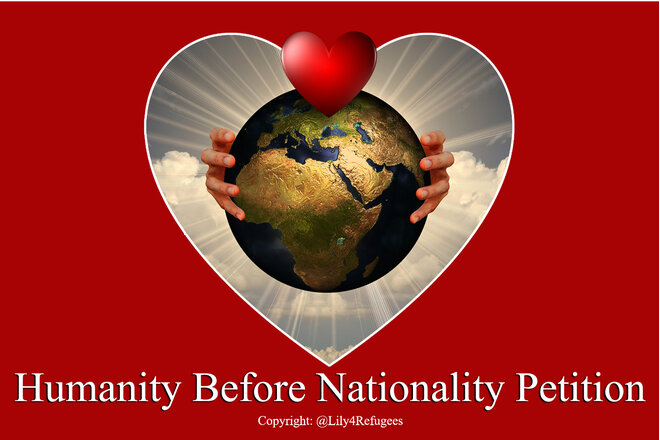 My song4refugees "80 Million People!" is out now! 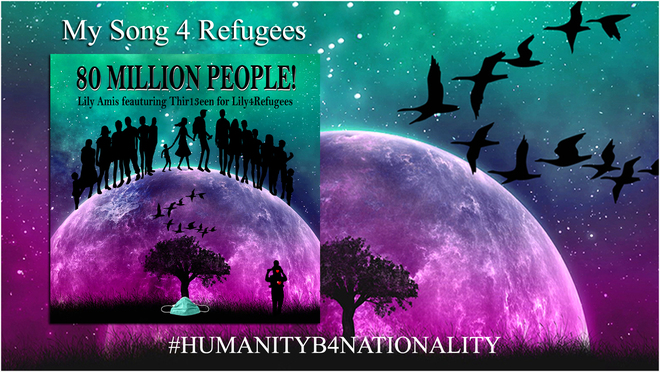 As already announced in my previous post, my song4refugees “80 Million People!” is out now and available on all streaming platforms: ffm.to/r25x5yy

As far as I know, no former refugees or international artist has ever released a song to this date to bring awareness about the plight of refugees worldwide. I hope with the miracle of music, my powerful lyrics, and the strong vocals by British singer, songwriter, and producer Thir13een we can make this petition happen!

The following press release was sent out this week to 500+ news websites, TV & Radio, Trade/Industry, national and International News sites.

The sensational song titled “80 Million People!,” was performed by British R&B and soul singer, songwriter, and producer, Thir13een, and is scheduled to be released on all streaming platforms on the 22nd of February, 2022

February 17th, 2022: Lily Amiss is pleased to announce that she will be releasing a new song to bring awareness to the plight of refugees. The Iranian born writer hopes that the miracle of music and the power of lyrics will be a wake-up call for privileged people who have a negative view of refugees and don’t show a sign of empathy, understanding, or support for their horrible living conditions.

Titled 80 Million People!, the meaningful lyrics of the new song were written by Lily Amis during the global pandemic and will be performed by the British R&B and soul singer, songwriter, and producer, Thrir13een from London. Scheduled to be released on the 22nd of February, 2022, 80 Million People is a clarion call for empathy, kindness, and the nurturing of the world's collective humanity.

Lily Amiss is an Iranian born Children and YA writer, Blogger, Lyricist, and Voice4refugees. Lily became a refugee at the tender age of 10, forced to witness the horrors and mayhem of the Iran-Iraq war which broke out in 1980. And even after more than three decades, the songwriter says her mind is still fresh with the memory of the carnage, hinting that the scars of war are never truly forgotten.

"The sound of the bombs dropping has stayed with me. It was like a firework, and even now after more than 30 years, when everyone is happy about fireworks, it still sounds to me like those bombs dropping."

According to Lily, her goal now is to raise as much awareness about the horrible plight of refugees and inspire people all over the world to take willful action, towards changing the way foreigners in distress are being treated, when they relocate seeking sanctuary. The brilliant author artfully captured her experience as a refugee, in a memoir titled Destination: Freedom (also published as The Stolen Years In Zurich), and is currently responsible for an online petition - #HumanityB4Nationality, which seeks to change the refugee law regarding education and integration rights worldwide.

“We have witnessed this horrible humanitarian crisis for over a decade. It is time to make a fundamental change and rescue the refugees from their life of misery. Refugees deserve a life of dignity. Safety and privacy, housing and food, medical and sociological care, and guidance for participating in the legal asylum-seeking process.”

The #HumanityB4Nationality petition is also available in German, Italian, Spanish, and French.

While the world awaits the release of 80 Million People, the lyrics to the sensational piece of music can be read by clicking on the following link: www.youtube.com/watch?v=xBRkEVFadmk