Must the EU become more sovereign and assertive on migration, security and energy policy?

This House Parliament is closed

Now look at the evaluated results of this house parliament and the statements of the addressed parliamentarians.

The Russian war of agression in Ukraine is a major turning point for Europe. Not only is the independence of a single state in immediate danger, but the entire West with its values, democratic practices and prosperity is being challenged. At the same time, the war relentlessly exposes the weaknesses of the European Union. Dependencies on fossil fuel imports, an unsettled approach to refugees from many parts of the world and a lack of military capabilities have made the union vulnerable to external attacks and attempts at destabilization. Moreover, the EU is not perceived as a decisive actor in security and resource issues. Often enough, it is the US, China and Russia that set the tone. The EU must therefore become more sovereign and assertive. This requires a decisive policy shift in the key areas of migration, security and energy. In this European HomeParliament, three concrete proposals for a sovereign Europe will be discussed and debated.

1. Should eligibility for asylum in the EU, already be examined and decided outside of the EU?

Background: Several million Ukrainians had to leave their country. This also reflects the unresolved issue of migration in the EU. Currently, the Dublin procedure is in place. It is a complex and controversial system that aims to determine which of the European states is responsible for examining an asylum application. So far, the asylum application is made on the territory of the EU member state where the protection seekers arrive. However, the Dublin procedure is increasingly reaching its operational limits. Facing expected future flight movements due to wars or climate catastrophes, new ideas are needed. It is proposed to develop a procedure that allows asylum seekers to apply for asylum already outside the EU - for example in embassies or EU migration centers in crisis states - and that decisions on residence entitlements be made there.

Those entitled to asylum can forego life-threatening flight and use legal travel options.

In crisis or war situations, an on-site application and procedure are not always possible because people have to flee.

It can promote illegal migration if the screening in the country of origin is negative and lead to a wave of asylum applications in crisis areas.

Screening in the country of origin only works if a common European migration policy and distribution according to quotas is in place.

This would require constitutional change in European states. Not very realistic.

2. Should the EU undertake operations in other countries with its own army in order to stabilize and pacify them?

Background: Europe's neighborhood is becoming increasingly unstable and insecure, as is frighteningly demonstrated by the Russian invasion in Ukraine. The EU is already conducting so-called "peacekeeping missions", for example in Georgia or on the African continent. The aim of these missions is to promote democracy, ensure the security of the population, train local forces and monitor borders. With its own EU army, which can be created in addition to the national armed forces, the EU could go one step further. In an emergency, it could also intervene militarily in conflicts - for example in the case of genocide - and take on an active role in stabilising and pacifying other states. NATO is currently holding its protective hand over Europe. But if there is a fundamental shift in the political balance of power and further nationalism in the United States, this safety net will be in jeopardy. The EU force can initially be established as a separate armed force alongside the national armies. It can be directly subordinate to the three important EU institutions (Council, Commission and Parliament).

The EU is given the opportunity to protect democracy and human rights outside the EU as well.

The EU becomes more independent from the U.S. and can represent its security policy interests more confidently and independently.

A separate EU force can respond quickly and cohesively to crises and save resources.

Sovereignty of other states is violated by EU intervention policy.

The EU's previous integrative soft power strength should not be undermined by a military hard power orientation.

Modern warfare is not reducible only to kinetic activities; economic warfare and cyberwarfare can be deployed without engaging into direct kinetic operations

3. Should new buildings and major house renovations in the EU that do not integrate renewable energies (solar, wind, geothermal, etc.) no longer be permitted?

Background: Fossil energies are still the driving force and the basis of Europe's prosperity in a globalized economic system. This becomes a problem in times of crisis. In such cases, dependence on energy imports, for example from Russia, endangers Europe's economy and social peace. In addition, the continued use of fossil fuels exacerbates the climate catastrophe, as the latest IPCC shows. The EU must become less dependent on energy imports and achieve its climate goals. It should be discussed whether a new directive should be established that prohibits new buildings (private as well as public) that do not integrate renewable energies (solar, wind, geothermal, etc.). This also applies to the energy-efficient refurbishment of existing single-family houses and apartment buildings.

Turning away from fossil energies and switching to renewable energies needs pressure, otherwise the market will not move.

Bans are not a convincing means for technology change and behavior change.

The output of renewable energies fluctuates depending on the weather conditions and without sufficient storage and transmission lines, a stable supply is not possible.

Buildings in need of renovation ca be infrastructurally unsuitable for renewable renovation, which will make such efforts ineffective

This House Parliament is aimed at:

This House Parliament was finally dealt with. Now take a look at the results and statements from policymakers.

Impressions from the house parliaments 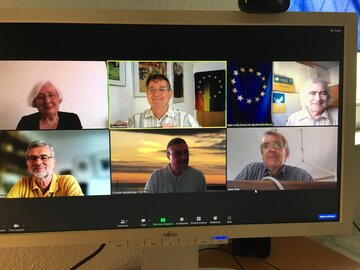 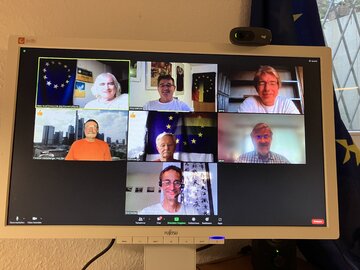 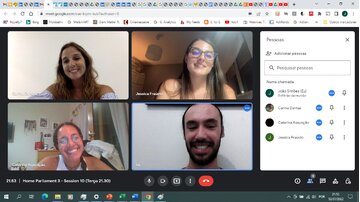 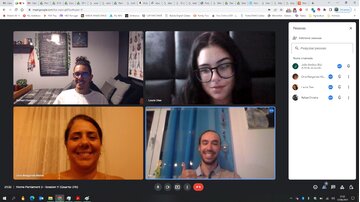 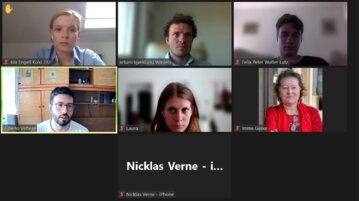 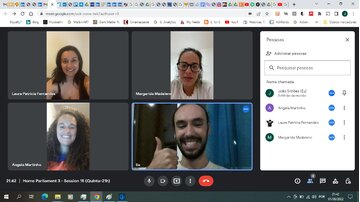 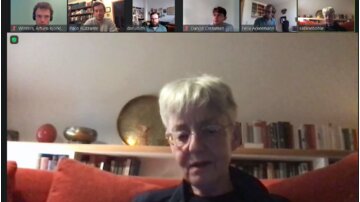 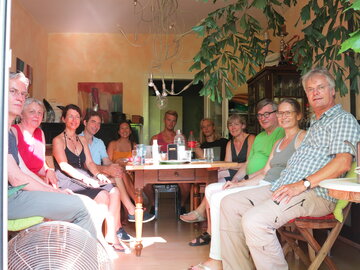 Must the EU become more sovereign and assertive on migration, security and energy policy?

This is how the addressees express themselves

1. Should eligibility for asylum in the EU, already be examined and decided outside of the EU?

2. Should the EU undertake operations in other countries with its own army in order to stabilize and pacify them?

3. Should new buildings and major house renovations in the EU that do not integrate renewable energies (solar, wind, geothermal, etc.) no longer be permitted?