Asylum for Russian Citizens in the EU

The aim of this petition is to grant humanitarian asylum to all Russian citizens after a security check who oppose Putin's brutal war of aggression and also to those who are persecuted and threatened because of their race, religion, nationality, political conviction or membership of a particular social group.

In addition, the European Union should work for a safe escape corridor.

Putin's brutal war of aggression has been raging since 24 February and, at the latest since the partial mobilisation on 21 September 2022, this war has arrived in the living rooms of Russian citizens.

Thousands of people no longer dare to go out onto the streets for fear of imprisonment, deportation or even worse. People's freedom of expression and the principles of human rights are being severely restricted. People who courageously oppose this are "arrested".

It is currently almost impossible for Russian citizens to flee the country legally due to border closures and the refusal to admit them.

We therefore call on the EU to save human lives, to advocate for an escape corridor and to grant Russian citizens humanitarian asylum after a security check. 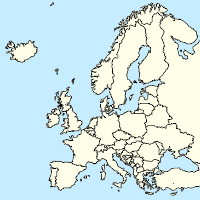