Petitioner not public
Petition is directed to
Austrian Motorsport Federation
53 Supporters 48 in Austria
Petitioner did not submit the petition.

Admitting retreaded tyres in rallycross is a decisive step into a better future for motorsports! Using retreaded tyres offers several advantages for drivers, teams, and the environment. Due to high stress exposure in rallycross racing, tyres need to be frequently exchanged. This causes substantial costs to the drivers and teams: every race takes its toll on one or two sets of tyres, so up to 2/3rds of a racing season’s overall expenses need to be budgeted for purchasing tyres. Retreaded tyres are up to 50% cheaper than comparable new tyres. Most Austrian rallycross drivers are amateur sportspeople with limited financial resources. Being allowed and able to use retreaded tyres would save them a significant sum of money. Furthermore, this measure would lower the entry threshold for potential newcomers. The motorsports sector is known to be very resource-intensive. Committing to the use of retreaded tyres is a viable option to assume responsibility for the environment and make a mark on sustainability within the limited options of motorsports. Production of retreaded tyres generates up to 67% less CO2-emissions than the production of conventional tyres. Using retreaded tyres in rallycross and drift sporting events is fairly common in most European countries (i.e. Germany, Sweden, Italy). There is no logical explanation whatsoever why the Austrian Motorsport Federation’s rules and regulations explicitly disallow their usage. Retreaded tyres fulfil all safety requirements for modern racing tyres! The renowned German technical inspection association “TÜV NORD” applies 30% stricter criteria when testing retreaded tyres under laboratory conditions, and they still perform as well as new tyres do. With various seals of quality (i.e. ECE108/109) attesting to the fact of their safety, there is no reason why retreaded tyres should not be used in racing!

Thank you for your support
openpetition.eu/!qdbvh 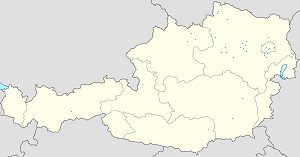