Stop the High-rise Project on Heumarkt in Vienna

The Ringstrasse ensemble, an unparalleled example of the interplay of outdoor spaces and magnificent buildings, is at risk of being opened up to speculative development. A project for a luxury apartment building has been proposed in the heart of the World Heritage Site, located directly on Vienna’s Heumarkt between the Konzerthaus and the Stadtpark. Buoyed by the support of Vienna’s Vice-mayor Maria Vassilakou and Mayor Michael Häupl, who have effectively signaled a green light for the construction of these high-end luxury apartments with panoramic views of Vienna’s historic center, this project will ultimately set the stage for a sell-off of the entire Ringstrasse ensemble.

We demand: 1. that the re-zoning process be stopped immediately. 2. that the developer return to square one and that the new design be in compliance with UNESCO guidelines. 3. that there be no annexation of public property and that the Wiener Eislaufverein (Viennese Ice-skating Association), which presently plays an important recreational role for a large segment of the population, also remain easily accessible to the public during the summer. 4. that the “properties” and buffer zones of all of Vienna’s World Heritage Sites not be subject to re-zoning (i.e., permitting buildings to be erected that are significantly taller than the present zoning allows) in the interest of private developers; these exemptions for World Heritage Sites must be specified in the city’s official planning instruments (Management Plan, Master Plan Glacis, High-rise Concept). 5. full disclosure of all city-planning endeavors to ensure that public interests are protected.

For the last four years, numerous architecture organizations and the Chamber of Architects have stood together as never before in opposition to the project, and citizens’ initiatives and leading experts from Austria and abroad have spoken out against it. To no avail. Thus far, not even the danger of losing the World Heritage status has prompted the municipal government to reconsider this undertaking.

Who is the project for? Definitely not for the residents of Vienna. And not for the tourists who visit the city, either. Vienna merely serves as the backdrop for a life “in the lap of luxuryˮ: the building caters to the ultra-wealthy, who are making their rounds through the world’s historic centers in their quest for luxurious dwellings. It constitutes not only a major intervention in the immediate built environment of the existing structures and open spaces, but will also have a profound impact on the visual impression that residents and visitors have of Vienna’s historic center.

The proposed amendment to the Zoning and Development Plan, which is custom-tailored to the luxury apartment building located on Heumarkt, has now been made available to the public for inspection. For a period of six weeks, objections may be submitted to the planning commission. The Vienna city council is authorized to vote on the issue beginning in mid-March. Approval by the city council would grant the owner of the property the right to build the project. Should this occur, a very elaborate process would be required to reverse that decision. We must act now to stop the realization of this project.

Thank you for your support, Gabriele Gerbasits from Wien
Question to the initiator
openpetition.eu/!szvqg 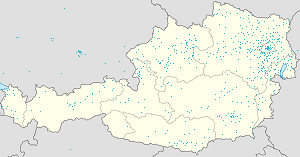