For the opening of the european ski resorts and the economic rescue of the alpine regions.

Dear elected representatives and members of the European Commission, we would like to remind you that your opponent is Covid-19 and not winter sports in the European Alps!

Therefore, we consider it our duty to inform of this cry for help from the Alps and to be the voice of the more than 14 million directly affected Alpine inhabitants!

The misguided development of public and political debate surrounding the operation of cable cars has brought about the need for a unified message from the affected companies. We can no longer stand by without action or comment and watch our entire industry be discredited, used as a pawn and suffer serious damage to its reputation as is happening now. For this reason, we must once again urgently refer to the facts that are increasingly being ignored in the discussions.

At no time during the pandemic were cableway operators in Europe directly responsible for the development of clusters or increased infections.

Together with experts, comprehensive safety concepts were developed even before the 2020 summer season, which have been practically tested in their suitability and ensured smooth summer operations.

We remain very mindful of our responsibility towards our guests but also our regions. While preparing for the upcoming winter season, we built on the positive experience from the summer and eventually invested in further substantial safety and hygiene measures and also developed the relevant infrastructure.

Roughly depending on the region and operation, the cableways throughout Europe are strongly dependent on a functioning tourism sector. And vice versa, many alpine regions depend on the operation of cable cars and ski resorts! The current travel restrictions and the many statements that have come from apparently only moderately informed politicians have already dealt a significant blow to our industry that can hardly be compensated for in the coming season anyway.

However, the cableway companies of the entire Alpine arc have a huge responsibility and are of vital importance in various functions. This can best be illustrated by two examples.

The current discussion is leading to a false and unjustified public portrayal in several respects and this is becoming more and more of a threat to the entire existence of the industry.

The threat alone to seek a Europe-wide closure of ski resorts, contrary to current legislation, indicates a purely populist-led debate. We are nothing more than means of transport and want to be treated in the same way as those in many of the major European cities.

It should also be noted that constantly referring to local clusters in catering establishments bears no relation to the operation of ropeways. Local and national legislators have also learned from these events and we are sure that there will be none of these kinds of super-spreader events in the Alpine winter sports regions in the coming season! This argument, which was probably chosen deliberately, is rejected in the strongest terms by the companies operating in the regions. Would a theatre next to a café also have been held responsible if infections had occurred there when people met after the performance?

The cable car companies in the Alpine arc are now paying the high price of political populism and a politically motivated distortion of the facts. We have also found ourselves increasingly being attacked by groups and individuals who, for ideological reasons, have declared the cable car industry the enemy – this has not even anything to do with the coronavirus crisis. But this can never be the criterion for political decisions that are now more far-reaching than ever.

On behalf of the industry, it’s only possible to assure you once again that all necessary steps have been taken to ensure that winter sports operate safely. In this sense, we want to be places of relaxation and exercise for people this winter as well. If not as holiday destinations due to travel restrictions, then at least for another target group that, for us at least, is equally important: the local and regional population.

We therefore urge the responsible politicians throughout Europe not to apply double or even multiple standards here, to consider the consequences of statements that cannot be substantiated and to apply the necessary proportionality in further political decision-making. Otherwise, the continuation of the current debate, including the decisions to be feared from it, will have to be held responsible for the massive damage within the industry and the economic desolation of several European regions.

Let us get back to work and let people come to us and create happy memories in the great outdoors while staying as safe as humanly possible!

Thank you for your support, Fachverband Seilbahnen from Wien
Question to the initiator
openpetition.eu/!openingskiresorts 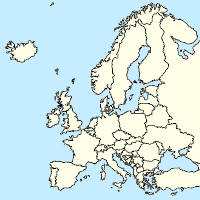 The data refers to 190 statements.