"Cool streets" for the district - protect the Wiener Brigittenau from the heat waves !

1) Mr. BV Hannes DERFLER on behalf of the supporting Brigittenauer to intervene with his party friend, Mayor Dr. Michael LUDWIG for the establishment of a "Cool Street" still in 2020. As the "Cool Streets" will be in operation on 22 June 2020, EILE is called for.

2) calls on all district councillors of every party in Brigittenau to support this cause and to submit motions accordingly.

3) Mayor Dr. Michael LUDWIG, the Vienna City Government, as well as the City Council with all its members to exert pressure from their side to ease this dangerous situation in our district.

The concrete proposal of the KPÖ-Brigittenau

These streets are most affected by the impending heat. We are also open to other "cool streets", as whole quarters of the district are also suffering from the heat waves away from these streets

"Cool streets" are places to hang out, play and cool down in the neighbourhood. In the "outdoor living rooms" there are additional seating areas as well as opportunities to cool off with spray mist. Cars are not allowed to drive, stop or park in the "Cool streets".

WHERE IS OUR COOLING DOWN?

On the basis of the Vienna heat map, the City of Vienna has selected those places that "need cooling most urgently" in consultation with the districts.

If we look at this Vienna heat map (https://www.wien.gv.at/stadtentwicklung/energie/pdf/hitzekarte.pdf), we see that **the area between Nordwestbahnhof, Augarten, Gaußplatz and Hugo-Gottschlich-Park is one of the hottest in Vienna. Extremely affected here are Wallensteinstrasse and Rauscherstrasse up to the Augarten area.

If we look at the list of "cool streets", we find two in the 2nd, two in the 9th - and none of them in Brigittenau.

Michael Ludwig, Greens - what is this? SPÖ Brigittenau - why aren't you moving?

"That the "cool streets" actually contribute to the local cooling down has been shown by climatic tests in 2019. In the "Cool Streets" the ambient temperature could be lowered by up to 5 degrees. Next summers will not be cooler; without cooling measures, the health of older people in particular will be put at risk.

District leader Derfler, finally come to an agreement with Mr. Ludwig and don't let the Brigittenau become a baking oven.

Here you can find further information on this topic:

Thank you for your support, Bernd from , Wien
Question to the initiator
openpetition.eu/!cvfgz 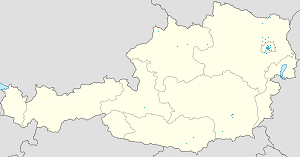