The Right to Food Pledge

Pat Mc Mahon
Petition is directed to
The Irish Government and the Security Council of the United Nations.
10 Supporters 9 in Ireland
0% from 13,000 for quorum

We ask you to look at your clock. Every 5 seconds, someone dies of hunger. In the past two hours, approximately 1400 people have died globally due to hunger. One of those people is a mother in Syria who, due to her malnutrition, has died while giving birth. This petition equates what you have just read to the right to food for the furthest and most disadvantaged people in our world.

Humanitarian response plans are our agreed international framework for assessing needs in humanitarian emergencies. On pages 22 and 23 of the 2020 United Nations Hunger Hotspot Report, it details country by country the funding gaps. The gaps are significant, and the consequence of underfunding can be catastrophic.

In Afghanistan, for example, only 40% of the plans were funded, while over 2 million children were suffering from severe malnutrition. This means that for every 10 people who require emergency assistance, we are only reaching 4 of them.

Our call to action

Humanitarian Response plans are primarily funded by developed countries such as our government here in Ireland. In signing this petition, you as a citizen are calling on the Irish Government to increase funding to help bridge the funding gap for humanitarian emergencies.

Additionally, you are asking the Irish Government and the Human Rights Council to use this action as leverage to call on other countries to do the same.

How will this affect you?

As taxpayers, this is your money, so it would mean that the government funding capacity would be less. It would only represent 0.1 or 0.2% of GDP in real terms.

To understand the impact of such an action on extreme hunger if replicated by other governments, we have put together a number of concise videos.

David Beasley, head of the World Food Program, speaks expertly and passionately at the Word Peace Prize forum on the 11th of December 2021. He describes how extreme hunger has increased by almost 200 million people in less than five years. One person in the world dies of hunger every 5 seconds.

Fadhilah Gubari speaks to us from Yemen

Fadhilah Gubari from Yemen tells us how women are disproportionately affected by hunger in Yemen. Sometimes the truth is very sad. Sign our right to food pledge with the virtual pen and your genuine heart.

Zuhra Dadgar talks to us from Afghanistan

Zuhra Dadgar from Afghanistan tells about the growing humanitarian crisis in Afghanistan. 3.2 million children are severely malnourished. She warns that if urgent action is not taken, the number of malnourished children could triple.

In this video, he gets to the root cause of global inequity in our world. He tells us some uncomfortable truths. One such truth is that western countries have borrowed 17 trillion dollars at zero interest rates. Poor countries have not borrowed anything because it would cost them 5 to 10% interest repayments every year.

Thank you for your support, Pat Mc Mahon from Meelin Newmarket Co Cork
Question to the initiator
openpetition.eu/!righttofood

People should have the right to have food.

Everyone should have food

because i believe everyone has aright to food 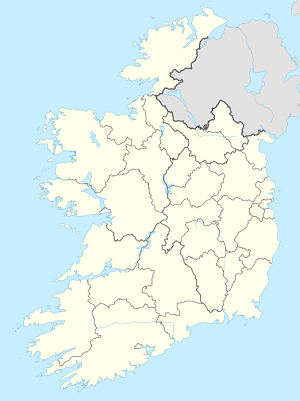