The alteration of the group "Negro Rhygass" and "Negro Fescht"!

Dear readers, In the past 60 years there has been a carnival group in Basel by the name of "Negro Rhygass - D Strooss gheert uns", as well as their yearly party, the "Negro Fescht".

During this event, the participants dress up in extremely racist ways which includes dressing up as people of color with oversized lips and numerous other racist stereotypes. On the web-/Facebook page, posts have been published with horrendous name-calling. The Logo consists of a black figure. In addition, it is not unusual to see the "n"-word being casually used in the comment section of this page.

For me, as well as for many other people, this is absolutely shocking and insulting. Furthermore, I find it horrific, that this has not been a topic of discussion in the past. Tradition is NOT an excuse for racism and I want to raise awareness of these racist posts. Even though the website as well as the facebook page have been deleted due to many requests from users, the page can, and probably will, be activated again in the near future. That is why we hope for an altercation of the logo and the abolishment of the costumes.

We hope to gather many supporters as soon as possible. We live in the year 2018, something like this should not be tolerated.

The things that happen in these forums are not humane. I hope someone also takes note of the comments as well as the numerous insults and threats that have been made towards me.

I think I speak for everyone when I say, now is the time to change!

Thank you for your support
openpetition.eu/!xsnsw 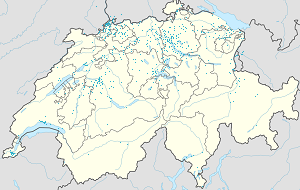