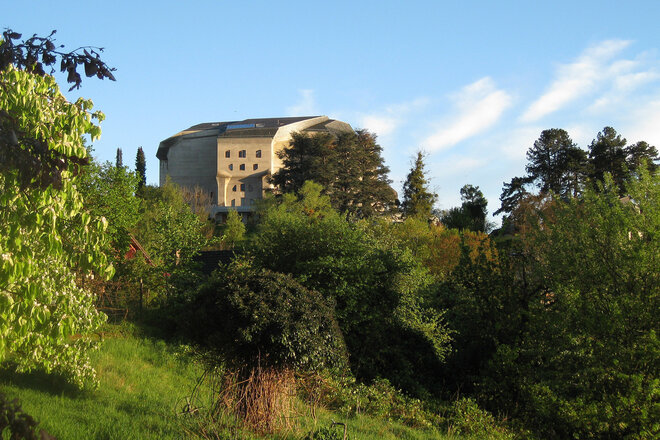 Any person can sign, regardless of residence, nationality and age.

This petition supports the application of the Fondation Franz Weber/Helvetia Nostra (Swiss environmental organisation) for a respectful treatment of nature, landscape and internationally significant architecture in the border area Dornach-Arlesheim, Switzerland.

For more information and ways to support the initiative: https://www.initiative-dornach-arlesheim.ch/english

In view of the threat posed by two major building projects directly north of the Goetheanum, Helvetia Nostra submitted a request to the government council of Basel-Landschaft on December 27, 2019 to protect this unique natural and cultural area. Due to serious procedural errors in the planning process, a review of the two building projects is indispensable.

The petition presented here calls on the Government Council of Basel-Landschaft to grant Helvetia Nostra's application regarding nature, landscape and architectural heritage protection.

Petition
Ladies and Gentlemen of the Government Council of the Canton of Basel-Landschaft,

The signing persons request the following applications, presented to the government council of the canton of Basel-Landschaft by Helvetia Nostra (Swiss environmental organisation) on December 27, 2019, to be accepted:

Applications:
1. The objects of nature worthy of protection in the municipality of Arlesheim, “Schwinbach Süd” (plots 1548, 556, 1424, 560 and 3462) and “Uf der Höchi” (plot 549) are to be included in the inventory of protected natural objects.
2. On a super-provisional basis, it is to be forbidden to the owners of these plots of land to make changes to the vegetation and the terrain under threat of the penal consequences of article 292 of the Penal Code (StGB) and § 33 of the Law on the Protection of Nature and Landscape (NLG BL).
3. The land-use-plans (Quartierplan) for “Schwinbach Süd” and "Uf der Höchi II" are to be declared invalid and the building permits already granted are to be revoked.

What is it about?
The border area Dornach-Arlesheim along the Schwinbach stream is embedded in a green hilly landscape with extensive near-natural gardens, a large tree population and valuable wetlands. The region has a great wealth of plants and animals, some of which are protected as rare and endangered species. In this ecologically and scenically valuable area in the canton of Solothurn (Dornach) lies the Goetheanum as a unique, nationally protected cultural heritage with international significance, right on the border to Baselland (Arlesheim). It is surrounded by numerous other outstanding examples of plastic-organic architecture. The "Federal Inventory of Swiss Sites of National Importance worthy of Protection" (ISOS) records the Goetheanum and many of its surrounding buildings under the highest possible conservation goal.

Threat by major building projects
This region with its valuable ecology, landscape and architecture is imminently threatened by two major construction projects on the north side of the Goetheanum. Right at the foot of the Goetheanum hill, on an area of about 25,500 m2, two extensive building projects with a total of more than 100 residential units in the upper price segment are planned. The project "La Colline" (see https://www.la-colline-arlesheim.ch)) shall be built on the area "Uf der Höchi II", whereas the second building project is planned on the area "Schwinbach South". Both projects are located in the canton of Baselland, directly on the cantonal border to Solothurn, just north of the Goetheanum.

For more information and ways to support the initiative: https://www.initiative-dornach-arlesheim.ch/english

Nature conservation concerns on the area "Schwinbach Süd"
The Schwinbach area with its extensive hedgerow and tree population as well as a wetland in the south of the area is home to a great variety of partly endangered and protected species according to the Red List, such as fire salamander, european toad and grass snake. A wide variety of birds can also be observed, including national priority species and Red List species. The Schwinbachareal, being located in the middle of an ecologically valuable green belt between Goetheanumpark and Ermitage (another protected nature and cultural heritage site in Arlesheim), forms an important link between different habitats and is thus of great importance for the biodiversity of the entire area of Dornach and Arlesheim.

Unfortunately, serious procedural mistakes were made during the process of land use planning on the Schwinbach South site. For example, the legally required survey of natural values during the land-use planning process was neglected twice. This represents a twofold violation of the Nature and Landscape Protection Act of the Canton of Baselland, which prescribes the survey of natural values as the basis for a subsequent assessment whether or not the site is worthy of protection (NLG Art. 11). In addition, the endangered amphibians and reptiles and their habitats are protected by the Federal Act on the Protection of Nature and Cultural Heritage and its Ordinance (Art. 18 NHG, Art. 20 NHV).

Landscape and architectural heritage conservation issues on the areas "Schwinbach Süd" and "Uf der Höchi II"
Due to their uniform architecture and compared to the surrounding single-family house quarter excessive size, both building projects represent a severe intervention in the landscape. It is to be assumed that the realisation of the 14 planned residential blocks would result in the loss of the unique impression of the Goetheanum site with its plastic-organic buildings from the north. At the same time, an irreversible destruction of the unique landscape of Arlesheim towards the Ermitage and Birseck Castle as a cantonally protected cultural monument is to be feared. The beauty of the area which can be savoured on the much frequented pathways "Auf der Höhe" and along the Schwinbach stream would be severly damaged.

For good reason that these pathways are part of the architectural trail signposted by the municipalities of Arlesheim and Dornach (see https://www.architekturpfad.ch)..) The trail includes significant plastic-organic buildings and runs in parts directly along the planned new building projects.

From the point of view of heritage protection, the two construction projects violate the ambient protection of the Goetheanum site, which is protected at the highest possible level by the federal government of Switzerland. This ambient protection is an integral part of an effective, contemporary protection of cultural monuments. For example, the southernmost buildings of the planned "La Colline" complex are to be located directly next to the following buildings designed by Rudolf Steiner: the Glashaus (1914), the Verlagshaus (1924) and the Heizhaus (1914) with its expressionistic chimney, visible from afar.

Thus, serious procedural mistakes were also made with regard to cultural heritage protection issues in the context of both quarter plannings (Quartierpläne). Despite an international cultural heritage in the immediate vicinity, the Solothurn Heritage Protection Society as the authority responsible for the Goetheanum had no knowledge of these building projects and was therefore not involved in their planning, which cannot be accepted.

The application calls for the quarter plannings (Quartierpläne) to be declared invalid due to violation of nature, landscape and heritage protection. In addition, the application demands the inclusion of the natural objects worthy of protection, "Schwinbach Süd" and "Uf der Höchi II", in the inventory of protected natural objects. The provisional prohibition of changes to vegetation and terrain, which had also been demanded, has already been issued by the Government Council.

Thank you for your support, Initiative Natur- und Kulturraum Dornach-Arlesheim from Zürich
Question to the initiator
openpetition.eu/!natureandculture 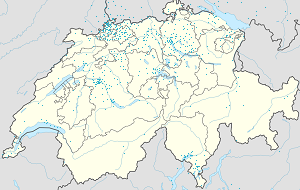