Supporting the Free University of Aleppo, Syria in their struggle for independent education

What follows is a letter collectively written by the members, students and alumni of the Academy of Fine Arts Vienna, Master in Critical Studies.

We the students of the Academy of Fine Arts Vienna support the students and the teaching staff of the Free University of Aleppo, in their struggle for an independent education program, and in their rejection of the decision by the "Government of Salvation", i.e their refusal to belong to any political body that promotes terrorism or dictatorship, in this case, the al Assad Regime and the "Government of Salvation" which is dominated by and is an ally of the "HayatTahriral-Sham" which counts as a terrorist group. en.wikipedia.org/wiki/Hayat_Tahrir_al-Sham

Thank you for your support, Marwa Abou Hatab from Veinna
Question to the initiator
openpetition.eu/!qcjsr 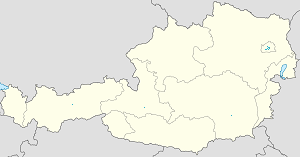 The data refers to 1 statements.