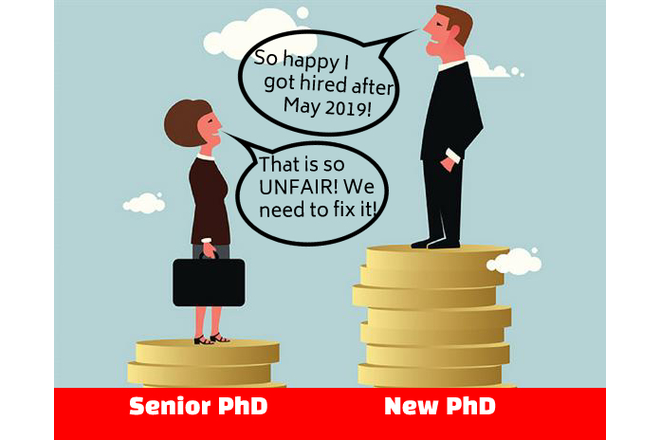 Equal pay for the PhDs at UiA (and Norway)

Petitioner not public
Petition is directed to
Sinziana Rasca
652 650 in Norway
Petitioner did not submit the petition.

All PhDs employed by UiA and other universities in Norway to receive equal base pay, with the corresponding annual salary increase added to the base salary according to each individual’s seniority.

As a result of ongoing discussions in the PhD community at UiA, UiAdoc would like to put forward a request on behalf of its members to correct the base gross salary pay-gap between PhDs employed by our university and other Norwegian universities.

PhD salary base level increased from 50 to 54 for PhDs that started work after May 2019. This makes the base yearly gross salary 479 600 NOK. See article at the next link for details: https://foreninger.uio.no/ntl/nyheter/2019/resultatet-av-mellomoppgjoret-2019.html

The difference is considerable, as PhDs hired in 2017 and 2018 on level 50 started on a yearly brutto salary of 436 900 and 442 400 respectively. The income gap between newly employed PhDs and PhDs working at UiA and in other Norwegian universities for more than a year can go over 30 000 NOK in some cases, which we consider as unequal treatment. In most cases more senior PhDs support their newly employed peers with their accommodation period, even mentoring them in many cases (all PhDs should have a PhD mentor). This is a service offered by senior PhDs on a volunteer basis, no time extension being offered for it. As most senior PhDs are happy to offer this service to their peers, we find it unfair that this is negatively reflected in our payroll for PhDs that started work before May 2019.

As a result of these arguments, the PhDs at UiA and other Norwegian universities, supported by UiAdoc and Tekna, would like to request that, starting 1st of January 2020, all PhDs employed by UiA and other Norwegian Universities would receive equal base pay, with the corresponding annual salary increase added to the base salary according to each individual’s seniority. In case individually negotiated benefits exist, they should be kept as an addition to the base pay described above.

Petition supported by Tekna through: Halvard Øysæd- Head of Tekna at UiA

Thank you for your support
openpetition.eu/!pvbyg 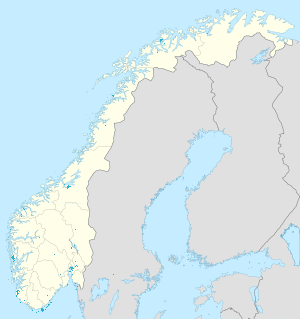 The data refers to 394 statements.